Do you feel cold on the plane? Here are some tips for your trip 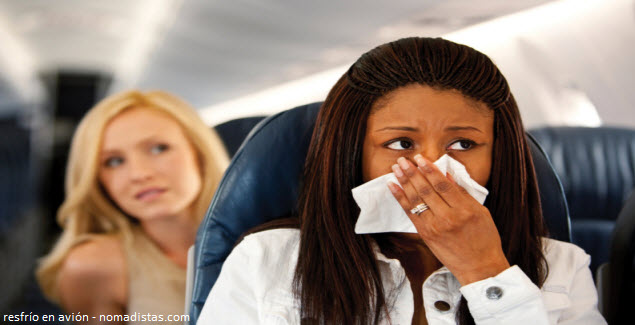 Many people who become ill after a trip, they blame something you ate, maybe have tasted some snacks, or perhaps the same trip by plane, which is that the latter might be right to blame.

And according to studies, airlines would carry a common cold, until to be a hundred times more the chances of being transmitted on a plane than during normal daily life.

The main cause is the low humidity at high elevations, with the normal range between 30 and 35 thousand feet, where the moisture is 10 percent or less and the air is dry. This means that with low humidity, the person tends to produce mucus in the nose, have a dry throat, creating a favorable environment for germs.

It is best to drink water regularly throughout the flight, to do it before. Meanwhile, hot drinks are very effective in keeping in good condition mucus membranes.

Also, you should keep your hands clean, as these are the first point of contact with the cold and flu germs. Most scientists say that the virus causing respiratory diseases, can survive for hours on the skin and objects as the control device, armrests, among others. If possible, wash your hands before meals during the flight and after the flight; and to avoid being rising from his seat, take alcohol-based products used to wash hands.

Oral hygiene is essential, to know that the use of an antiseptic mouthwash in flight adds another layer of protection and helps keep the throat moist. Just make sure that the product meets the standards of hand luggage.

For many it is effective to take a multivitamin or wearing a face mask, which ultimately depends on that the traveler consider in this tactic of prevention.