Home  »  Flights   »   Now travel tickets can be endorsed or postponed

Now travel tickets can be endorsed or postponed 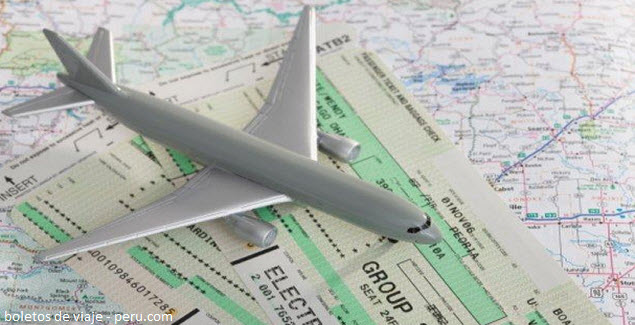 Any person wishing to travel somewhere within Peru and can not execute it for some reason, you have the possibility to endorse or transfer their tickets to another person, or even postpone or perform any of the sections included in the passage obtained, so Indecopi said on its website.

In the case of a transfer ticket to a third party, it must be fully identified, and only is assumed the costs of issuing the new ticket, according as indicated in Article 66.7 of the Code and Consumer Protection.

If a delay of the date of travel is done, then you have to pay the balance of the passage of the new date if it were the case and assume the cost of issuing the new ticket, as with the endorsement.

Both cases, endorsement or postponement requires a time not less than 24 hours to the travel date, to make the appropriate arrangements.

Also, the consumer who has purchased tickets with several sections and did not make use of the first or first sections, has the right to use the following sections, so much so that the airline can not prohibit traveling to passenger, so points out the code .

Everything stated in the code by the Indecopi should be fulfilled by suppliers, according to the National Consumer Protection Authority, otherwise will face administrative proceedings before that organism and if the violation is confirmed, will have a fine up to 450 tax units tax.

On the other hand if the user shuttle feels affected in some way, you can use conflict resolution through the Complaints Book of the supplier or also have the services provided by Indecopi, as the Service of Citizen, or 224 7777 phone call to Lima and 0800 4 4040 for regions or send e-sacreclamo@indecopi.gob.pe.