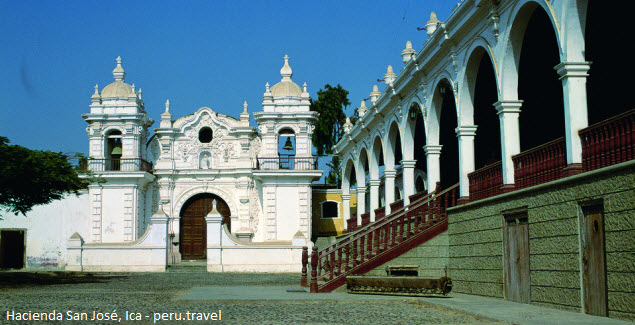 This cozy house was built in the late seventeenth century where is appreciated the baroque altar of the chapel and the underground gallery, where slaves were driven blindfolded to prevent the escape. Also it draws attention to their portals and large patio, where yokes and plows and cart wheels.

It was a place of great sugar production and there were large numbers of slaves who worked on these lands, turning it the most prosperous of its time.

The farm keeps terrible stories, plus remnants of what was the life of blacks who came from Africa to this part of the country. And despite the abolition of slavery in 1854, many slaves were left to work in this place, the last heir murdered in the main entrance stairs, during the Pacific War in 1879. 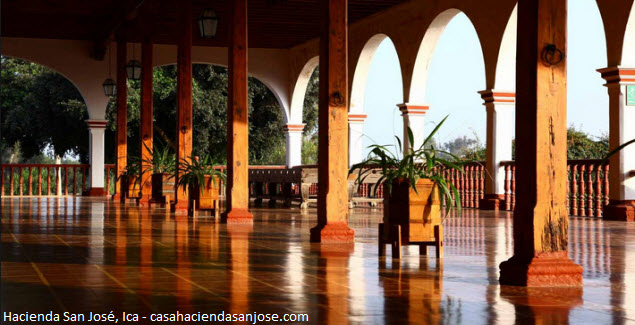 Some visitors carry some candles that would be the only ray of light in the interior; and while the sun shines outside, in the heat it is bearable. According to history, these catacombs came until the coast.

Another place to visit is the church that has stood the time, where one feels very small before the huge oval roof. For four centuries, it still celebrating Sunday Mass.
Since 1913, the house belonged to the family Cillóniz and since 2008, the estate is part of the property of the Casa Andina hotel chain, part of the Interbank Group.

Thus, today is a tourist accommodation, where visitors to come this property, has the impression of being in a ghost town nestled in the past, where time seems to pass without fear. According to the site of the Hacienda San Jose, it has 27 rooms, a swimming pool with outdoor terrace, garden setting and a typical restaurant.

The Hacienda San Jose is located in the district of El Carmen in Chincha, just two hours south of Lima.

Hacienda San José is shown in the following video, where you can enjoy the tranquility of the countryside while discovering the incredible story behind this place: