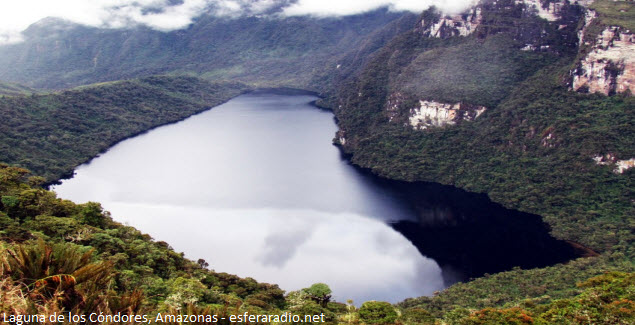 Amid a cloud forest on the eastern slopes of the Andes, in the department of Amazonas, there is a lagoon with abundant vegetation and ictiológica life. This is the Lake of the Condors, whose name was given by the American explorer, Gene Savoy in 1968.

Its name comes from the color tone dark blue greenish due to the decomposition of vegetation and previously it looked the birds of prey or condors flying around there.

This lagoon at 2600 meters, is a nascent of river of Chilchos and around there are old buildings or mausoleums, where mummies and handicrafts were found, which can be seen at the Museum of Leymebamba. 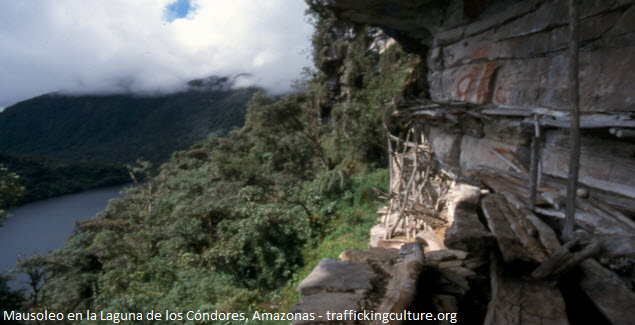 Also, 100 meters are observed abandoned structures of about 500 years, they are six chullpas or tombs decorated with paintings, of which were discovered more than 200 mummies, some of them covered of wooden coffins, idols and wooden spear, also tissues, ceramic, decorated Quipus, crowns and diverse objects.

Each of the cameras housed a large number of mummies and evidence found shows that the space was occupied by Chachapoyas, Inca and Chimu.

Currently reach this place is not an easy task, nor the person with most experienced, because the way from Leymebamba, must go through swamps, steep mountains, cold and desolate mountain ranges. Yet there are many visitors who undertake this journey full of adventure, whose biggest prize is to appreciate this wonderful nature mixed with the remains left by the Chachapoyas.

The Lake of the Condors is 93 kilometers south of Chachapoyas and 45 kilometers from the town of Leymebamba, Amazonas department.

A trip to the lagoon of the Condors can be seen in the following video, where there are graves in the surrounding.