Visit the Kurt Beer Ecological Park in the region of Piura 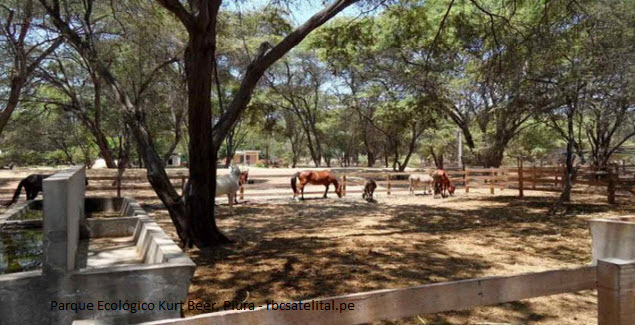 A perfect place for ecotourism in his visit to the region of Piura, is the Kurt Beer Ecological Park, considered the only green lung of the city.

In addition to being a center of entertainment and education in its 75 hectares, it is a haven for many species of animals in conservation of various plants and beautiful landscapes.

This place has recreational games, sports courts, hayrides and a mini zoo, where animals can be seen as Aguilillas, Achuni, horses, lion monkeys, peacocks, parrots red head, Cabeza Nutria, Cats Montes, monkeys, deer, there is a pond of lizards, Ronsoco, spectacled bears, the latter two are the only species in this region.

Among the plants we can find are roses, rosettes, Acalifa and crotos in ornamental; pomciana, sapodilla and carob between forests; and papaya, lemon and tamarind among fruits.

Kurt Beer Ecological Park is located in the South West area, 7 kilometers from the city of Piura.

In the video below you can learn more about Kurt Beer Ecological Park, recreational games, vegetation and animals: