Molloko, archaeological site of the old elite high in Puno 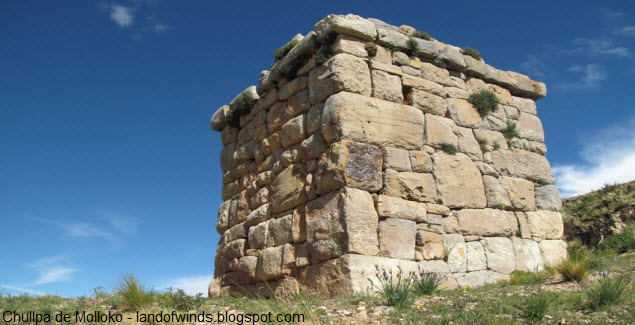 One of the burial sites of great importance in the region of Puno is the archaeological site Molloko, which has five large chullpas of significant value, which ensured the consolidation of these structures in the pre-Inca and Inca years, through good architectural planning.

These chullpas, worked in stone, are two circular floors to the east side and two quadrangular located to the west side, both are associated, according to their characteristics to the Inca culture.

Its building with quadrangular blocks have union with mortar between them, besides having a gateway that faces east or sunrise.

Molloco is a necropolis where they have found a merger of burials side comprising Aymara and Inca, which is evidence that there was some kind of confrontation, as happened in the Colla side of the northern part of the Puna region.

These chullpas related to elite people or people with social hierarchy, are located on roads so that the people may have access to them. The top of the site corresponds to a settlement called Lupaka.

On the other hand, the funeral burials that have no hierarchy of great lords, but the townspeople, are called underground cists. The pottery found is more ceremonial and decorative.

The lithic material was brittle and belong to the same place, as scientists have found that the carved stones were worked in the same place as the stones placed in the building and worked as they advanced. they expressed zoomorphic figures in high relief such as foxes, vizcachas, snakes, among others, that today are almost imperceptible, due to the removal of idolatry by the Christian religion.

It was declared Cultural Patrimony of the Nation in 2003, by the National Institute of Culture.

The archaeological site is 4 kilometers from the village of Acora and 38 kilometers south of the city of Puno.

In the following video you can see each of the chullpas in this part of the region of Puno, its construction and the landscape that surrounds it:

Did you know there was a Spanish prison in the middle of Lake Titicaca?