Tipon would be one of the royal gardens of Cusco 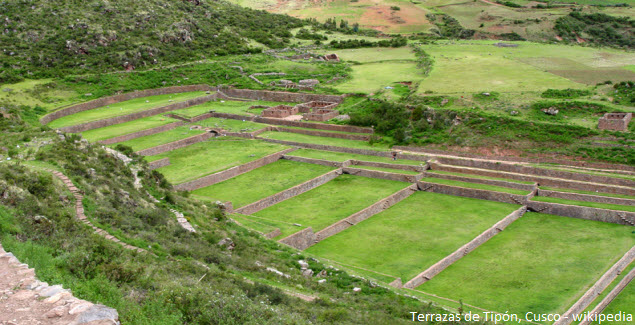 A set of agricultural terraces in Cusco is Tipon, with long staircase and channels made from stone, which according to legend, would have been one of the royal gardens built by mandate of Wiracocha.

These terraces, 20 kilometers from the city of Cusco, are flanked with polished stone walls and large terraces, which decreases as one ascends, as well as canals and beautiful waterfalls.

It is said that Tipon was part of Yahuarhuaca and in turn a place dedicated to agricultural experimentation and to religion. 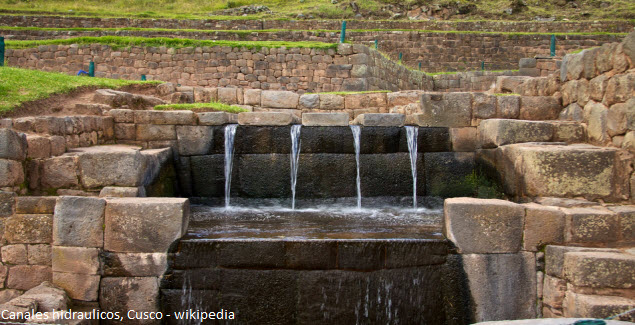 It highlights the harmony that exists in the conveyance of water for its fine stone structures shaped aqueducts, many of them underground or falls gullies.

Its top of this set is crossed by the Inca Trail with an irrigation canal. While in the same place it would have been used as a laboratory of agricultural products for its diversity of microclimates.

Thus, one of the largest irrigation works are in these 12 fertile terraces also called platform and that until today are cultivated. Therefore the American hydrogeologist engineer Kenneth Wrightoy published a book titled «Wonder of Civil Engineering» in the Association of Civil Engineers USA (ASCE).

The set Tipon is close to Oropesa in the Community of Choquepata, 27 kilometers southeast of Cusco and near the Cusco-Puno road.

In the following video, shown one of the most incredible hydraulic systems in Inca times, better known as Tipon, in Cusco:

Sacred Valley of Cusco is seen from capsules on high

Kenko, one of the most important shrines of the Cusco

What you need to know before going to Machu Picchu?