Chapana, one of the oldest desserts of the Peruvian cuisine 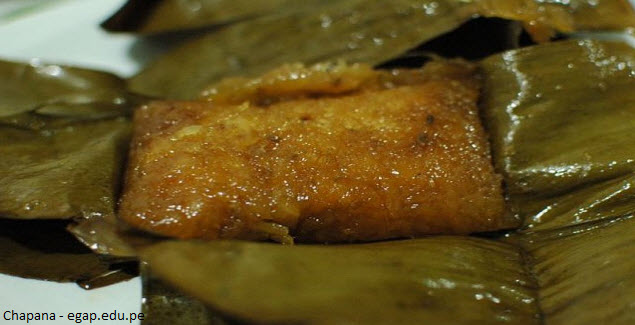 A traditional sweet of the Peruvian coast is the chapana, of Quechua origin and comes from the word «chapuni» meaning knead.

And although it has pre-Columbian roots, their preparation varies according to location, which it add sugar, molasses, honey, past in a water bath, boiled, roasted, cooked in the heat of the grill, baked, on hot ashes and wrapped in dried banana leaves or dried corn husks.

For his part, the Peruvian writer and journalist, Juan de Arona, in his «Dictionary peruanismos» 1884, refers to the chapana as a paste of cassava and molasses consumed cold and wrapped in husks like the humita. It is sold in the streets of Lima.

While the Peruvian writer and librarian, Dr. Alberto Tauro del Pino said the chapana is a kind of porridge made with grated cassava and molasses, adding cinnamon and cloves.

Know that the Chapana is a food used in the World Food Programme of the United Nations, which is seeking to address hunger and malnutrition in the world’s children. 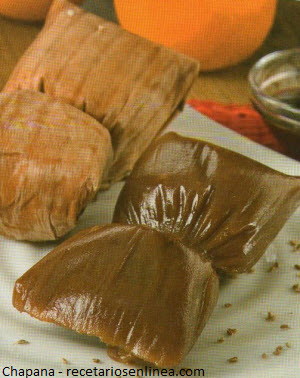 The raw cassava must grate and then cover them with water, which nods and strain.

Add the cassava and butter and constantly moving until it release of the pot.

Wrap in banana leaves, which must be passed previously by hot water and tie in the center, forming a little waist.

Cook on pancas and crowns for 30 minutes.