Civic Center of Lima is now a modern shopping center 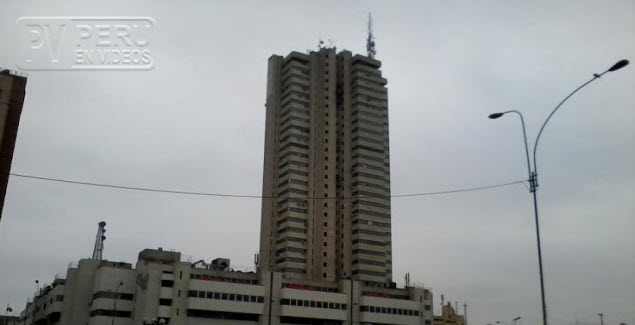 One of the tallest buildings in the city of Lima is the Civic Center, that was built with the purpose of being the great monument of the military government of Juan Velasco Alvarado, demanding a great investment.

Although, the architect Adolfo Cordova, who was one of the professionals who made the original design of the Civic Center, revealed that the initial idea was to develop a commercial place, yet ended up sheltering the state bureaucracy. So much so that, in this place was the Penitentiary of Lima, known as the Panopticon.

This infrastructure of 33 floors and a maximum height of 109 meters, has its own style of «brutalism», ie a stream that is characterized by an austere construction and lack of ornamentation. Built in 1970 and opened in 1974, initially housed many offices and agencies of the State, until 1975, during the historic police strike, looting occurred throughout Lima and the building caught fire causing damage largely as congress hall, which led to its decline and have been abandoned; and later, a recurring place for suicides people in the eighties and nineties.

In 2007, the company Urbi. Properties, the real estate arm of the Interbank Group won the award from the Civic Center for thirty years, being the only one submitted to the contest. Since then the construction of the Real Plaza Mall began with an investment of over 45 million.

The factor that influenced so Interbank be encouraged to participate in this award was that much of the audience to concentrate on the Central Station of the Metropolitan, have to go through the Civic Center, which ensures a daily influx of about one hundred thousand people.

The Civic Center is located on the Avenue Garcilaso de la Vega No. 1337, in Lima.

Real Plaza Shopping Center is shown in the following video, which is now part of the Civic Center of Lima.