Make Cocadas, the recipe of a sweet of old Lima 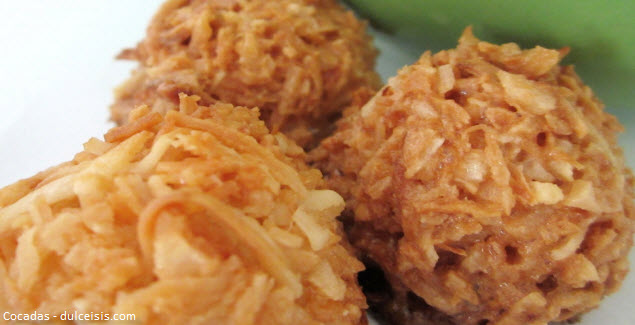 How often do we will have had the craving to eat a cocada when we see it in the window of a bakery or pastry?, this sweet is prepared with grated mature coconut and some other ingredients that turns out to be very delicious to the palate.

Its origins are probably Spanish or Arabic, and is prepared in several countries of the American continent. In our country, this sweet and others, has been prepared by the Spanish nuns in colonial convents.

In ancient Lima nineteenth century, its people were very fond of food, especially sweets offered for the so-called «crier», this custom remains over time and it is common to see at times to the vendors with their carts or offering the baskets.

By the end of the nineteenth century, it was a custom in Lima making this sweet in various ways, with molasses or sugar and egg yolks. 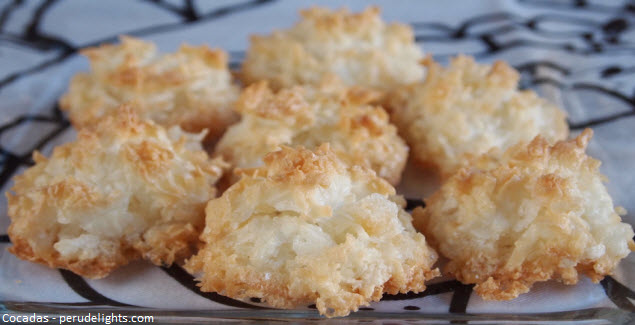 There are two ways to prepare cocadas: the first is what was done in the colonial convents, where the ingredients are boiled until it becomes a paste and cut like diamonds; the second is preparing baking and this is the most modern.

How to make cocada

To start with you should beat the egg whites, add sugar gradually, condensed milk and finally grated coconut. Move with the aid of a spoon.

Then make small balls and place on a buttered cans previously. Baking at a low temperature for 15 or 20 minutes.
Once they are ready, they cool in the same can. Serve.

Another way to prepare cocadas in the video below, just by using three ingredients: